location_on Are you located in United States ? 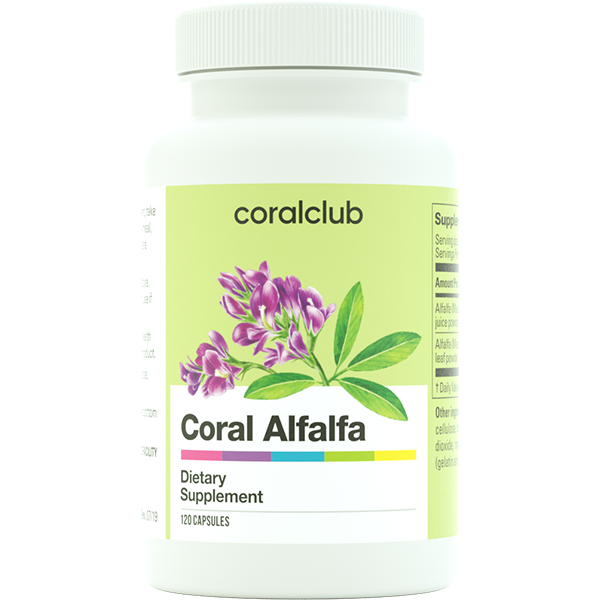 Coral Alfalfa is a dietary supplement based on the leaf and concentrated juice of the alfalfa plant.

The alfalfa plant is most widely used in Chinese medicine, wh ere it is called "the basis of all good things”. It was so popular in the ancient Middle East that Arabs have long called alfalfa the “Father of all foods”.

Alfalfa (Medicago sativa) is an upright branching perennial plant from the pea family. It is one of the oldest cultivated crops in history. The Latin name, Medicago, is derived from the Greek words, meaning “food of the Medes”, because it was believed to have come from the Medes' land, which is now part of Iran. From its native area in South-West Asia, it has spread to all continents and countries.

The above-ground part of the plant, which is collected during flowering, is used for the manufacturing of the product. The unique composition of alfalfa is due to its well-developed root system, which extends 10-20 meters deep into the ground. This system of roots allows the plant to receive a high amount of moisture and nutrients from the soil.

Alfalfa is a plant source of several kinds of amino acids, vitamins A, B group, E, K, minerals (such as calcium, iron, potassium, and magnesium), chlorophyll, saponins, anthocyanins, flavonoids, and isoflavones. This plant is also one of the few that contains vitamin D and fluoride.

In folk medicine, it is considered a plant that cleans the blood from toxins. In Tibetan medicine, it is prescribed as an anti-inflammatory agent. Alfalfa has long been used in herbal combinations to promote the recovery, cleansing, and rejuvenation of the human body.

to carry away waste and toxins;

to improve digestion and normalize the functioning of the gastrointestinal tract;

women, who are going through menopause; 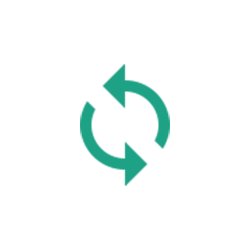